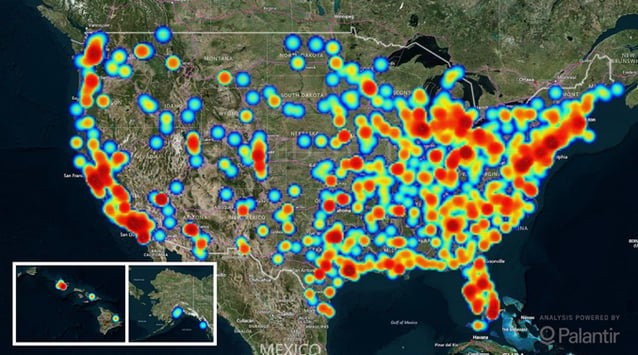 In 2000, Congress signed the Victims of Trafficking and Violence Protection Act into law to fight for, and protect, the victims of human trafficking. The Department of Homeland Security (DHS) initiated the Blue Campaign in 2010 to continue this effort, as well as the Blue Lightning Initiative (BLI) in 2012; a program partnering with airlines to train airline personnel on how to recognize and report human trafficking.

One of the largest challenges in modern-day slavery is recognizing who the victims are and knowing when to act. The aviation industry is uniquely positioned to identify victims during transportation. As recently as February of 2018, an American Airlines ticket agent, Denice Miracle, saved two young women from human trafficking by spotting the signs and contacting authorities. American Airlines Manager, Aleka Turner, praised the agent and cited the training given to employees as instrumental in saving these women. The BLI has numerous awareness training programs to spot the signs of human trafficking, but the training provided to Miracle was specifically developed for aviation personnel on the indicators of human trafficking and the best ways to report suspicions. DHS’ Blue Campaign has also created training, to increase overall awareness.

Warning signs from an individual being trafficked or exploited are very subtle. Below is a list of indicators taken from an ICAO training for cabin crew members on the matter. Please note, this list is not inclusive and not all indicators must be present.

If you do suspect someone needs assistance, it is important to not approach the trafficker. Doing so can put you and the potential victim in more harm. Instead, alert the proper authorities and ensure you get as much detailed information as possible when relaying the event. With increased awareness, we are all able to join the fight against human trafficking and can truly make a difference.