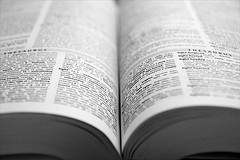 There are certain terms used by the FAA/DOT relating to the DOT Anti Drug and Alcohol Misuse Prevention Program that may not be defined as simply as one might guess. These definitions can only be found in the regulations and not in the dictionary.

I’ve highlighted three terms that are defined differently by the DOT/FAA than they are in the Merriam-Webster Dictionary.

Merriam-Webster:  A person working for another person, business or firm for pay

DOT/FAA: Any person who is designated in a DOT agency regulation is subject to drug testing and/or alcohol testing. This includes individuals currently performing safety-sensitive functions designated in DOT agency regulations and applicants for employment subject to pre-employment testing. For purposes of drug testing under this part, the term employee has the same meaning as the term “donor” as found on CCF and related guidance materials produced by the Department of Health and Human Services. (Form 49 CFR Part 40)

Merriam-Webster:  to carry out an action or pattern of behavior

Merriam-Webster:  (Note, this is a combination of the definition for the all the parts of this phrase) Prior to someone becoming an employee, completing an examination, observation or evaluation seeking a substance used as a medication or in the preparation of medication, often illegal substances that cause addiction, habituation or a marked changed in consciousness

As you can see, simply knowing the dictionary definition is not enough when it comes to adhering to DOT/FAA regulations. Though the terms and definitions are close, the small differences are typically what can trouble you.  Below are some additional resources for understanding terms and definitions per the DOT/FAA. Studying these will help you ace your next DOT/FAA vocabulary test!

If you know of other terms that have tripped you up or have some words you would like us to cover, let us know in the comments section! If we have enough interest, we can have this section appear every month!