The pace at which technology moves is nothing short of fascinating. Just over 100 years ago, the though of heavier-than-air flight was as mythical and 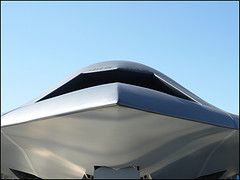 whimsical as the dragon protecting the princesses’ tower. We can now cross the Atlantic Ocean in an hour, connecting countries in ways never before imagined. We can fly to the moon, and we have revolutionized travel. In the last couple months, we have talked about planes that fly on trash and use solar energy. This month, we take a look at something that was once reserved for video games: pilotless planes.

Unmanned aerial vehicles (UAVs) were once just miniature remote-controlled planes that constituted nothing more than a fun weekend distraction. Nikola Tesla did first see the military capabilities of unmanned aerial combat vehicles back in 1915, but the UAV was nothing more than a remote-controlled distraction until the 1950s. UAVs became more common during the Vietnam War, culminating with the U-2 plane being shot down over the Soviet Union in 1960. As time and technology evolved, UAVs became smaller, with longer ranges and more capabilities. However, these pilotless planes have been mostly for surveillance. Recently, their use has expanded to helping police forces, firefighters, and surveyors. Their use has still mostly been quarantined to those jobs that are very boring, challenging, or dangerous for manned aircraft.

This last month, though, the first pilotless commercial plane took flight over the United Kingdom. A modified 16-seat Jestream took off from Warton, Lancashire (north of Manchester) and flew into the Scottish Highlands, landing in Inverness, a journey of 500 miles. The entire time, a pilot on the ground monitored the flight, with special attention being paid by the National Air Traffic Services. National Air Traffic Services is the main air navigation service provider in the U.K., and is regulated and operated under the Civil Aviation Authority (CAA).

In the U.K., the Autonomous Systems Technology Related Airborne Evaluation & Assessment (ASTRAEA) program is working to allow for unmanned air systems in civil airspace to be used for commercial purposes. They are currently seeking to get to the point where unmanned air systems (UAS) are as safe as the existing manned aviation. This is similar to Google’s driverless car goal. Funding for the research has come from not only the government but also commercial companies.

Socially, this is sure to cause issues, especially if this gets scaled up to the point that pilots are no longer needed on large commercial flights. Many people may have concerns about getting in a plane that has no pilot. While ASTRAEA is working to drive “innovation in key technology areas of sense and avoid, autonomy, communications, operations and human/system interaction”, building public trust would likely take a while. Also, those of us in aviation for the enjoyment of piloting our own plane may not see the benefit in the idea, let alone the price tag at which this comes. ASTRAEA received £62 million, or $943.76 million (based on an exchange rate on 5.20 of 1.52 USD per Pound Sterling). The similarities are striking with the auto industry, which, like Google, is working to develop an automated car. Gearheads see this as blasphemous, and pilots are sure to feel the same way. Legally, there are likely issues that will need to be worked out, including who would be responsible if the plane crashes. Ethically, we would need to examine whether not having a pilot is really the right road to take.

However, British Business and Energy Minister, Michael Fallon said, “ASTRAEA has made significant achievements placing the U.K. industry in a good position globally on unmanned aircraft and the development of regulations for their civil use.” With this kind of positive view, along with support from companies like BAE Systems, there is likely going to be more progress made on this front.

What do you think of pilotless planes for commercial use? Are you for or against it? Comment below!