Motivating Employees: What to Do to Avoid the Seven-Year Itch (Part 1)

You have probably heard the phrase, “the seven-year 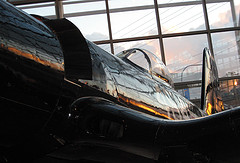 itch.” It is that dreaded time in a relationship where things aren’t quite as shiny and wonderful as they were when everything was just starting out. The quirks that you once found cute or endearing have now become annoyances. This isn’t exclusive to relationships, however, as this also happens to employees on the job. This month, we’ll talk about how motivating employees can help you keep your employees from wanting to jump ship to get rid of the itch.

Employee engagement is one of the most important things a company can monitor as it relates to employees. We talked about it last month and will continue to talk about it in the coming months. We focus so much on it because of what disengaged employees can cost your company. Engagement is a significant factor in how motivated an employee is. Unmotivated employees won’t help move your company into tomorrow. Engagement is also a key to retention. So, we want to help you do what you can to keep the “spark” alive.

According to the Kenexa High Performance Institute, the seven-year itch is closer to two years in the business world. They found that after two years, 57% of the 840,000 people surveyed were disengaged from their jobs. At that two year mark, turnover begins to rise.

Why? As employees become less and less engaged, they are more prone to look for greener pastures. Initially, there is a honeymoon period where your employee is happy to have a new job and any quirk is manageable. That shine starts wearing off after two years. The employee may not be happy with how problems have been solved around the office, or frustrated with their manager for a variety of reasons, and now the coffee machine that hasn’t worked in months is more frustrating than ever. In short, they are frustrated and annoyed.

This is even more of a problem with your top employees. Your top employees often know they are your top employees, as do your competitors. Smart competitors can take advantage of the seven-year itch by using their disengagement as an opportunity to lure them away. They can point to your failures or highlight any frustration and offer solutions that only they can provide. Couple that with a pay increase and your employee is as good as gone.

This two-year number isn’t a hard number, however. Some industries or companies will find this to be longer while some will find it shorter. This is an important thing for you to track. Watch how long employees stay on average. Conduct exit interviews with departing employees to find out why. Tracking retention may give you a better idea at how long you have from hire to itch.

Another thing that you will want to do is to track engagement.  How you track engagement is going to depend on how large your company is and what kind of resources you want to put into this. When I was working at the bank, they administered a survey put on by Gallup called the Q12 survey. This survey provided simple, actionable items for the company. It helped them identify overall engagement and track changes at individual levels. The survey was given once a year. Your company can do a similar study by asking employees simple, actionable questions. Examples from the 2005 Q12 survey include:

These questions, as you can see, drive at a specific action item  in which a company can strive to be better.. How someone responds to these questions is indicative of how engaged someone is. If someone feels their opinions don’t count for much, they may be less engaged. They may refrain from giving opinions because they fear they will be rejected. Someone who has a best friend at work is more likely to stay because they now have a relationship that they don’t want to lose by moving to another company.

In tracking engagement, you will be able to spot signs that someone is about to disengage early. Just like an illness, attacking this early will make things easier in the long run. You may find that you promoted someone from an entry level position to a salary position that requires significantly more work but they are becoming less engaged, despite a great pay increase. They may have justified the increase in work at the beginning with the increase in pay but as time has wore on, they feel that they have gained skills that warrant more work or that they feel the longer hours they are putting in is no longer worth the extra cash or that the move wasn’t the right move for them personally and they no longer get to do what they do best. You should be able to spot a decrease in engagement and the source with more ease by tracking engagement.

When you are tracking engagement, you can use the results to change things. You may find that you need to do more functions for your employees to mingle outside of work to build friendships.. Even if this is something you may not like to do, trust the data and let it speak for itself. You can make changes and, if the next set of data doesn’t support the change, reverse the change. Let the data speak for itself.

Now that we have talked a bit more about how to spot the signs of the seven year itch, part two of this will go over some ways that you can go about avoiding the itch. Part two will come out August 6th!