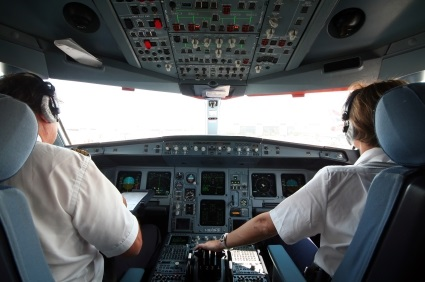 Understandably, pilot fatigue is a hot topic in the aviation industry. Given that 9 out of 10 pilots have admitted to falling asleep while in the cockpit, it’s an issue that affects the safety of passengers frequently, and one we should all be aware of.

The law is simple: all commercial pilots will get a 25 percent increase in their time off; now they are required to be off duty at least 30 uninterrupted hours each week. And before going on duty, pilots are required to get 10-hour rest periods, including eight hours of uninterrupted sleep (how they’ll monitor that raises a few eyebrows).

The law also requires that a pilot is in the cockpit no more than eight or nine hours at a time.

How Does the Airline Industry Feel About the New Law?

As with any change, the airline industry is less than thrilled with the FAA’s new regulation, and many are concerned that this will increase delays and cancellations, as well as cost the airlines more to ensure they have ample pilots on staff to relieve those that have maxed out their flying time.

According to Spectrem’s Millionaire Corner, this affects regional airlines significantly:

Industry experts say airlines will have to hire between 8 and 10 percent more pilots so they have more rested pilots on hand. For regional airlines, that will be a costly addition, and for some airlines, the choice will be to reduce flights rather than add to the pilot ranks. It is estimated that 70 percent of U.S. cities are served solely by regional airlines.

The FAA Continues to Tweak Its Formula

The FAA also recently implemented a policy addressing pilots who might potentially have sleep apnea, which can increase pilot fatigue if untreated. To that end, the FAA now requires pilots with a body mass index (BMI) of 40 or more to take tests for sleep apnea and get it treated if they are shown to have it. Eventually, they’ll test pilots with a BMI of 30 and more.

The costs to test the more than 120,000 pilots that fall under these parameters will be extensive, and airlines fear there are no true safety benefits to the effort. Only time will tell how well these new FAA policies will go over in the airline industry.