Despite the Need for Air Traffic Controllers, Many Applicants Fail its Personality Test 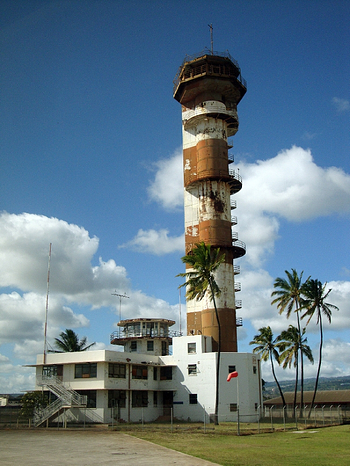 To meet these goals, the FAA opened its hiring to the general public to fill its human resource needs and developed a more comprehensive test to ensure technical and mental competence of new candidates.

Part of this updated test includes a Biographical Assessment, which is proving difficult for applicants, as less than 10 percent of candidates pass this test, according to KPCC News. Let’s look at reasons behind this massive effort to hire so many air traffic controllers, what a Biographical Assessment entails, and how it may impact those seeking to join the nation’s air traffic controllers.

The FAA’s surge in hiring is “to keep pace with expected attrition and traffic growth.” FAA-sponsored aeronautics colleges train air traffic controllers, but the process takes at least three years to complete and is not expected to keep up with demand. So the FAA opened its candidate pool and started accepting applications from the general public.

Being an air traffic controller is notoriously stressful, and with such high stakes, the FAA overhauled its hiring process and introduced a Biographical Assessment as part of their decision-making process, which, some say, is keeping qualified candidates out of the hiring pool right when there is a need to certify new air traffic controllers.

What Is A Biographical Assessment

A Biographical Assessment is test that uses information about a candidate’s background as a predictor of job success. Biographical data is inexpensive to obtain, assessments are easy to administer, and data has demonstrated a positive inference for key HR KPIs like turnover and performance. The U.S. Office of Personnel Management points out that the assessment looks for patterns of behavior, so applicants are asked a wide range of questions that reveal their past responses to situations that closely match those they will experience on the job.

The Biographical Assessment that the FAA uses is a 62-question test that asks candidate about their abilities, life experience, and work background, as well as how they have handled stressful situations in the past. The FAA hopes this assessment will reduce the cost of hiring by better identifying those candidates who have the mental toughness towithstand the high-stress job of air traffic control.

Yet some are concerned about the inclusion of the assessment in the hiring process, especially given the low passing rates. There is no guarantee that applicants will answer questions truthfully. Or they may not have the opportunity to fully explain an answer due to the length limit of the assessments which, according to one account, is between 500 – 1000 characters. This can be difficult when asking someone to explain past decisions and behavior which could be based from a time before they were trained properly or had more experience to successfully handle stressful situations in a more productive way.

Concerns aside, the FAA will continue to use Biographical data in its hiring decisions. Yet with the dismal passing rates hovering around one in 12, FAA-sponsored schools participating in the Air Traffic Collegiate Training Program (AT-CTI) may start expanding their mental training coursework to better prepare students for the Biographical Assessment, or perhaps do better at “teaching the test” to ensure higher passing rates.

For the general public interested in filling these roles, they will need to prepare for more than the technical capabilities of directing the nation’s air traffic and actively seek out different experiences that they can draw from if they are to successfully join the next generation of air traffic controllers.