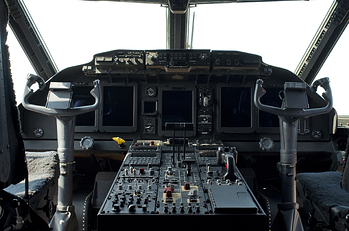 Earlier this year, U.S. Secretary of Defense Chuck Hagel announced that the Obama administration would work to shrink the size of the U.S. Army to pre-World War II levels due to budget concerns. Since then, the Department of Defense (DoD) has announced various ways it plans to do more with less, including creating more autonomous full-scale aircraft and the IT systems that support automation.

In early April, for example, the Pentagon announced a $100 million program to create autonomous vehicles in the next 10 years to assist in emergency evacuations and bring supplies to troops. At the end of April, the Defense Advanced Research Projects Agency (DARPA) announced its plans to introduce automated flight systems to military aircraft over the next 50 years with The Aircrew Labor In-Cockpit Automation System (ALIAS).

Let’s take a look at what ALIAS is, the intended benefits of the system, and how it will change autopilot and pilot functions in the future.

ALIAS would enable pilots to fly an aircraft, or multiple aircrafts, without a flight crew, or at least with a significantly smaller crew by combining advances in flight automation systems with unmanned aerial vehicle technology to military planes. With an intuitive system lacking the complex controls and interfaces that require intensive training, ALIAS plans to be a customizable, drop-in, removable kit that can be integrated into any aircraft. The system would act as an autopilot program involved with various functions including:

The intended benefits of the ALIAS system include reducing pilot workload and enabling a single pilot to operate a plane. ALIAS would also enhance mission success and increase safety.

“The goal is to design and develop a full-time automated assistant that could be rapidly adapted to help operate diverse aircraft through an easy-to-use interface,” said DARPA program manager, Daniel Patt, “The capabilities could help transform the role of pilot from a system operator to a mission supervisor directing intermeshed, trusted, reliable systems at a high level.”

That transformation from an operator to a supervisor is the primary way ALIAS might change autopilot and what it means to be a pilot in the military.

"We're starting to move into an autonomous regime, and that's going to have hugely disruptive effects," said Shawn Brimley, executive director of the Center for a New American Security, "I would almost call it a revolution."

Are We Too Dependent on Technology?

Some have expressed concern over this revolution towards automation, especially if it results in the military over-relying on technology. While speaking last October on drones, Army Chief of Staff, Gen. Odierno said he understood the draw of automation in war: “You use technology, you don't have casualties, you don't have injuries, you don't have people dying as much." But, he cautioned, sometime war requires personal interaction. ALIAS does not intend to replace operators, perhaps, in part, to maintain a certain level of personal interaction in the future.

A reliable ALIAS system is still far from being implemented, since DARPA is currently seeking participants to begin preliminary research. In an upcoming Proposers’ Day event in May, DARPA is seeking developers who can help solve three main challenges with ALIAS:

There has yet to be any public discussion about bringing a version of ALIAS to the private sector, but it’s clear that the future of flying is bound to change significantly in the next few decades.