The FAA's New Hiring Process Leave Students Up In The Air 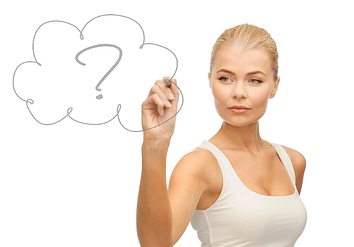 For the past 25 years, those who were interested in a career as an air traffic controller would typically get a degree from one of the nation’s 36 colleges offering Air Traffic Collegiate Training Initiative Program (AT-CTI), or have previous military experience. The degree has prepared future air traffic controllers to pass the entrance exam to the FAA’s advance training program in Oklahoma, which is required in order to become an air traffic controller. Preference to this advanced training has historically been given to these graduates, as well as to those with previous military experience. But that is changing.

Now, FAA has changed its hiring practice so that it no longer gives preferential treatment to those who have their AT-CTI degree or have military experience. Instead, the FAA has opened up the candidate pool to the general public. In the place of an AT-CTI degree or military experience, the FAA has implemented a two-step process for getting into their advanced training program; the much discussed biographical assessment, and the existing AT-SAT test in order to identify who has the right aptitude and qualifications to become an air traffic controller.

But Was it the Right Decision?

The shift to include the general public into the air traffic controller hiring pool was a sudden move and it has received a lot of press as schools with AT-CTI programs and graduates alike are scrambling to catch up. “If [the FAA] had told us three years ago that this was coming,” said Mike Nolan, professor of aviation technology at Purdue University, one of the 36 schools with a CTI program, “I would have told students, ‘Don’t enroll in a major that is not overly applicable outside of air traffic control.’”

With the value of AT-CTI programs undetermined, the responsibility to train our nation's air traffic controllers falls solely on the FAA, which could have some long-lasting consequences. In an interview with the local ABC affiliate, a professor at the CTI program at Metro State in Colorado, Kevin Kuhlmann, summarized the findings of a 2012 study which found hiring off-the-street could cost the FAA more than the previous system. The study, conducted by the FAA, also found that general public hires took longer to train and had a higher turnover rate. In the future, this higher turnover, coupled with a longer training time, could result in shortages and increased stress placed on those who remain.

As a result, continuous training may become necessary to ensure air traffic controllers are able to perform well in a job with little room for error. The security screening process for new recruits may also be affected in order to ensure the skies remain safe.

Last month, Congress got involved, sending a letter to the FAA complaining about the agency’s new hiring process. The 29 members of the House who issued the letter voiced their concern about the “lack of transparency” in how and why the FAA changed its hiring practices and “to ensure that in implementing this new hiring policy the FAA ensured the safety role played by air-traffic controllers would not be negatively impacted in the present and future.”

With so much at stake, the importance of hiring the right people with the right training cannot be overemphasized and only time will tell if this shift is the right move for our nation’s skies.