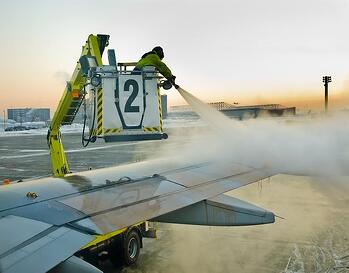 The latest piece to the Federal Aviation Administration (FAA) NextGen initiative was announced recently as NASA released its Terminal Sequencing and Spacing (TSS) computer software tool to the FAA. NextGen is a major overhaul of the nation’s air traffic control system to enable satellite based control in an effort to save time and fuel and increase capacity and safety. TSS supports these goals by creating more efficient flight paths for landing planes. Let’s take a closer look at TSS and why it is so important and the effect it will have on future flights.

The TSS is a software tool that delivers pertinent information to air traffic controllers to help them better manage spacing between aircraft, allowing more fuel and time efficient approaches to runways. Currently, planes on their descent often need to perform additional maneuvers, like leveling off before continuing and making course corrections before being granted final landing permission. These extra maneuvers have a cost in time, postponing arrivals, and money in terms of extra fuel that is required to perform them.

TSS reduces the necessity of these extra maneuvers by enabling the use of Performance Based Navigation procedures. These procedures are designed to provide air traffic controllers with the speed they should assign each aircraft as it makes its descent through the airspace surrounding each airport, a 50 mile donut-shaped area called the TRACON, or Terminal Radar Approach Control.  TSS determines where in this space each aircraft should be in order to maintain its optimal descent path, while reducing the communication necessary between controllers and pilots.

TSS is the third software tool NASA has delivered to the FAA as part of the NextGen program, which began in 2012 and is expected to continue until 2025. TSS’s development began in 2009 as part of NASA’s Airspace System’s Program with the first prototype tested in 2011. Like the other software tools, TSS will need to be developed and tested further before it is certified to be implemented in the field, which may be as soon as 2018. While this seems like a ways away, it is faster than other tools, due to the software’s “mature” computer code.

The goal of TSS, according to NASA, is to use the control the speed of incoming aircraft to safely merge every continuously descending aircraft together at some point in the sky where they can then be handed off to an airport for final approach and clearance. By doing this, TSS should reduce redirection of planes off their predetermined fuel efficient flight paths. Not only will this reduce the amount of fuel consumed, saving airlines millions of dollars, it will also reduce the extra emissions that result from burning that extra fuel. In addition, by maintaining flight paths, flight schedules are also easier to adhere to, reducing time delays which can ripple throughout the nation’s air traffic.

“You won’t reach the exit any sooner,” said John Robinson, chief engineer at NASA’s Ames Research Center responsible for TSS development, “but you will save some gas by driving little slower and avoid the frustration of hurrying up and then waiting for your turn in the traffic jam ahead.”

Overall, the TSS software tool is an important step towards NextGen’s ultimate goal of better managing the increasingly congested airspace over our nation by providing improved fuel efficiency and greater predictability.