FAA Allows Thousands of Planes to Operate With Dangerous Equipment 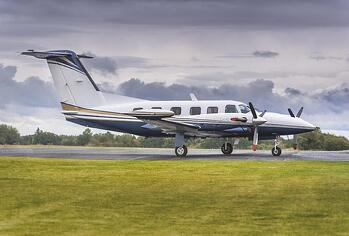 Just because your plane was built in 2014 does not mean it complies with 2014 safety standards. And it is completely legal. The Federal Aviation Administration has been approving thousands of new planes with dangerous, outdated equipment through a loophole in safety regulations called, “grandfathering.”

Grandfathering subjects private planes and helicopters to safety standards that were applied at the time the aircraft was designed. This means the most widely owned private airplanes today, the Pipe Cherokee and the Cessna Skyhawk, only need to meet the safety standards from the 1960s and 1970s, when they were designed. And neither manufacturer is required to inform customers of this gap in safety. Given that 90% of all aircraft operating in the United States is a general aviation craft, the implications are wide spread.

The FAA has the authority to require minimum safety standards all aircraft must meet before they are granted flight status. By requiring aircraft get certified every three years, they have the ability to mandate new safety features with each certification cycle, like many states do with their automobile registrations. But they don’t. Despite their own investigation arm, the NTSB, finding numerous ways to reduce death and injury to general aviation pilots and passengers, the FAA does not see the potential benefit of mandating minimum safety standards as outweighing the economic cost to manufacturers and owners who would shoulder this financial burden.

Who Bears the Cost?

Part of the reason the economic burden is so heavy may be around how the FAA has traditionally approved upgrades to existing planes. Yet, as we reported last month, the Small Airplane Revitalization Act, which was signed into law last November, tasked the FAA to create new certification regulations around improving safety designs of light aircraft and modifications to small airplanes. “The modifications being targeted include upgrades to older aircraft that should make it more affordable for owners to install modern safety equipment, like airbags, appropriate seat restraints, and upgrades to modern, safer technology.”

While the Small Airplane Revitalization Act may help bring more rigorous safety measures to the nation’s general aviation planes, averaging 41 years old, it does little to prevent new planes from being grandfathered in with old and ineffective safety standards. A 2008 study conducted by the NTSB, for example, found that 20,000 single engine planes were operating legally in the United States without shoulder belts.

"Grandfathering means that you can keep making the same mistake over and over again and killing people the same way, even though you know better," said Sue Baker, a public health professor at Johns Hopkins University, "If it were applied to cars, it would mean you could buy a Volkswagen Beetle made today without seat belts, and that's nonsense."

Of course the cost of mandating more stringent safety standards on the nation’s more than 220,000 general aviation craft wouldn’t just pose a problem for manufacturers and owners, but would lead to a significant change in the FAA’s management of private aircraft all together. Not only would the FAA need new teams to create the new mandates and new directives but also the resources to enforce compliance. Currently the FAA employs about 4,500 inspectors. That’s 48.8 aircraft per inspector to oversee all commercial and general aviation craft. This infeasible ratio would require significantly more personnel to oversee, manage and conduct inspections, the cost of which would fall to operators, taxpayers or both.

While existing planes owners can see hope in the Small Plane Revitalization Act, grandfathering will continue to plague new planes being manufactured with unsafe equipment.