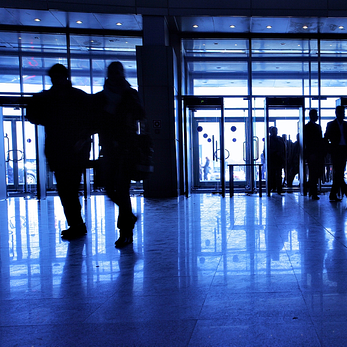 In early August, Marilyn Jean Hartman was arrested at Los Angeles International Airport (LAX) for flying without a ticket.According to spokesman for San Jose Airport Security, where the flight originated, Hartman was somehow able to sneak through security while a document checker was checking boarding passes for a family. It wasn’t until airline employees conducted a head count that the security breach was discovered.

“[Hartman] was screened by TSA for any prohibited items. It’s really important to point that out,” said Rosemary Barnes, spokeswoman for Mineta San Jose International Airport, “Public safety was not compromised in any way.”

While Hartman seems to be caught more often than not, her persistence and occasional successes reveal the need for improvement. California Rep. Eric Swalwell (D-Dublin), a member of the House Committee on Homeland Security, said TSA agents need more training to prevent these types of security breaches.

Training might be appropriate at San Jose where, in April, a 16 year old boy snuck onto a plane and flew to Hawaii in the wheel well of the Boeing 767. According to Barnes, "It appears that this teenager scaled a section of our perimeter [and] was able to proceed onto our ramp under cover of darkness and enter the wheel well of an aircraft." Video caught the boy and it is still being investigated how no one spotted him before the plane took off.

Impersonator (Not the Funny Kind)

More training may be helpful to reduce unauthorized access to secure areas, but may not be the answer for all security breaches. In July, for example, Eric Slighton was arrested at San Francisco International Airport (SFO) for allegedly impersonating a TSA agent and screening two female passengers. Slighton, a ticketed passenger who had cleared security, spent time at an airport bar before stealing some blue gloves and directing two women into a private room to be screened. Real agents quickly realized something was wrong because male TSA agents are only allowed to screen women in private rooms if a female TSA agent is present.

Despite being quickly caught, the incident is reigniting the discussion around the TSA’s Screening Partnership Program. That’s because security at SFO, like 17 other national airports, is managed, not by the TSA directly but by a private contractor. Under the program, private firms must adhere to TSA standards and John S. Pistol, administrator of the TSA, expressed concern over the incident saying, “We are dealing with the vendor.”

Although Slighton was charged with public intoxication, no charges were filed for the incident itself since, according to Steve Wagstaffe, San Mateo County District Attorney, it is not actually against the law to impersonate a TSA agent. An investigation is still pending to determine what, if any, corrective action will be taken.

Remedies to prevent security breaches like these won’t be implemented until officials can identify exactly where gaps exist but with continued improvements and diligence, it is likely these stories will become increasingly rare.