Does Your Drug and Alcohol Policy Change with Medical Marijuana Authorization? 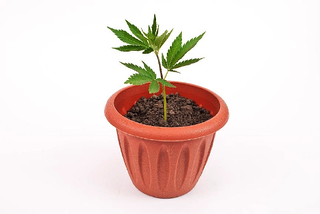 It seems that with every election of late, more and more states vote to decriminalize medical or recreational marijuana. Twenty-three states and the District of Columbia have voted to legalize some use of marijuana for medical purposes or, in the case of four states, recreationally. These recent changes in state laws are throwing employers, including aircraft operators, into uncharted territory, given the fact that the federal government still classifies the drug as a Schedule I controlled substance that is illegal to use.

Despite this classification, the U.S. Department of Justice (DOJ) issued a memo in 2008, and again in 2013, that federal government resources would not be focused on those individuals complying with state marijuana laws. To help shed some light on the issue, let’s review how these recently passed state laws affect your drug and alcohol policy.

Is It Legal For Airline Employees to Use Marijuana or Not?

In a word; no. While the 23 states have legalized some level of marijuana use, the federal government still considers it an illegal substance. Several federal regulations, in fact, explicitly ban the use of the drug altogether.

For those looking for further clarification, Jim Swart, DOT’s Director of Drug and Alcohol Policy and Compliance issued a Medical Marijuana Notice in 2009 to remove any equivocation about DOT’s stance towards marijuana usage. According to the notice, Swart states that it is unacceptable, regardless of the laws of any state and any “valid medical explanation for a transportation employee’s positive drug test result.” Swart continues, “It remains unacceptable for any safety-sensitive employee subject to drug testing under the Department of Transportation’s drug testing regulations to use marijuana.”

The future of marijuana seems to be directed towards legalization. According to some experts, seven other states are poised to decriminalize the drug in the coming elections. If any additional states legalize marijuana use, more than half of the states in the country would see marijuana legalized.

Still, there are no plans to change marijuana’s classification or legal standing on a federal level. Yet even if the drug’s status does change nationally, it is unlikely to change an operator’s obligation to ban its use among pilots and others in safety-sensitive positions, as it would likely be regulated like alcohol and other controlled substances. And that kind of assurance should offer some guidance for operators today and in the future.