What do Colorado, Washington, Oregon, Alaska and the District of Columbia have in common?

Each state had legalized medical marijuana before legalizing recreational marijuana. Following that trend, we can predict that any of the 20 other states that have legalized medical marijuana, may legalize recreational marijuana in the near future. In fact, California, Maine, Massachusetts and Nevada have bills pending that are predicted to pass.  In each of the states the specifics vary, for instance, in the District of Columbia it is legal to smoke marijuana but it is not legal to grow it or buy it. So how, exactly, does one obtain the marijuana to legally smoke it in the District? And what does that mean to an employer’s ability to test for marijuana? 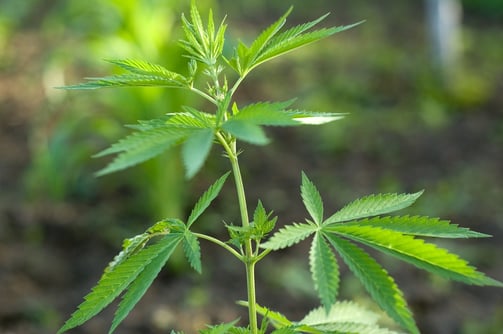 Confused? You are not the only one.

There is a lot of uncertainty today about marijuana, what is allowed, and how to navigate the changes. What we do know is that the marijuana available today is significantly more potent than it was 30 years ago with the concentration of THC rising from approximately 10% in the 90s to 30% and higher today. We also know that drugged driving accounted for more than 28 percent of traffic deaths in 2010, up from just over 16 percent in 1999 and that marijuana proved to be the main drug involved in the increase, contributing to 12 percent of 2010 crashes compared with 4 percent in 1999.

According to one major laboratory, positive tests for marijuana in the workplace increased 6.2 percent nationally from 2012 to 2013. Marijuana positive drug test results increased 20% in Colorado and 23% in Washington after those states legalized recreational use of marijuana. The impact of marijuana in the workplace is well documented – increased healthcare costs; increased worker’s compensation costs; decreased worker productivity; increased absenteeism; and decreased moral. So if marijuana is still an integral part of candidate and employee assessment and its use can mean significant costs to an employer, can you continue to test for it?

Marijuana is illegal under federal law. It is a Schedule I controlled substance under the Controlled Substances Act of 1970. Schedule I drugs are defined as those with no “currently accepted medical use” and a “high potential for abuse, which means that marijuana cannot be legally prescribed by a doctor.

Employers can still prohibit possession, use of or impairment by marijuana. Employers must test as required by the U.S. DOT’s regulated drug testing program or other federally required testing. Employers can still test under their own program and discipline or terminate for violation of drug and alcohol policies or a positive test.

As an employer, it is critical that your company policy is clear on what behaviors are prohibited. Be clear that an employee cannot possess or use marijuana in the workplace not be under the influence at work. The policy must specifically define what “under the influence” is and that the detection of any amount of marijuana is a violation of the company policy. Defining prohibited behaviors and describing in detail what drug testing will be done, in what circumstances and by what means protects you. Train your staff to take measures upon actions rather than drug test results.

Finally, since the governing law in employee drug testing is where the candidate resides and the laws are changing weekly, following the federal law provides consistency as the landscape continues to change through different states.

Drugs in the Workplace, NCADD.org