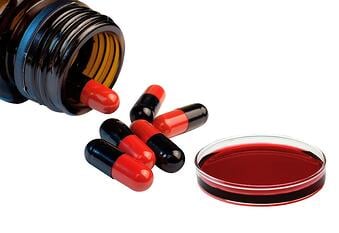 Last month, the National Transportation Safety Board (NTSB) released a study that found drug use among pilots had increased substantially since 1990. Using data collected from 6,700 pilots killed in plane crashes between 1990 and 2012, the NTSB found pilots’ use of over-the-counter, prescription, and illegal drugs all increased. While the rate crashes due to pilot impairment  as a result of drug use remained steady at about 3%, the increased use of all drugs has prompted warnings about the implications and need for further study.

"I think that the key take-away from this study for every pilot is to think twice about the medications you're taking and how they might affect your flying," said NTSB Acting Chairman Christopher A. Hart. "Many over-the-counter and prescription drugs have the potential to impair performance, so pilots must be vigilant to ensure that their abilities are in no way compromised before taking to the skies."

The study examined the toxicology reports of some 6,700 pilots killed in plane crashes since 1990 and while commercial pilots were included, crashes of commercial flights are exceedingly rare, so the majority of the data is from general aviation pilots.

Of the toxicology reports, overall drug use increased from 9% to 39% over the 22 years. The use of more than one drug also jumped. Those with more than two drugs in their system went from 2% in 1990 to 20% in 2012 and those pilots with more than three drugs went from none to 8.3% over the same time period.

The most common drug found in the pilots’ systems were antihistamines, common in allergy and cold drugs, that can affect performance. 9.9% of pilots tested in the last five years of the study, for example, were found to have a sedating antihistamine in their system, which could have safety implications.

How Do We Lower These Statistics?

Overall, Aircraft Owners and Pilots Association (AOPA) President, Mark Baker agrees but warned, “there are just far too many gaps and unknowns in this study for us to be able to draw any meaningful conclusions about aviation safety,” he said, “What pilots really need is good information about how to determine their fitness to fly.”

The NTSB also issued a safety alert urging pilots to contact their doctor about the potential for impairing their ability to fly based on their current medications and over-the-counter drug use. In addition, the NTSB recommended pilots to carefully read medication dosing instructions, and reiterated the call to avoid flying if they feel impaired in any way.

The study and safety alert is sure to be used as fodder by both sides of the debate around requiring medical certificates from general aviation pilots. While the study found that those without medical certificates or expired certificates were more likely to have some sort of drug in their system that could negatively affect their ability to fly, the study did not say if these pilots had a higher accident rate.