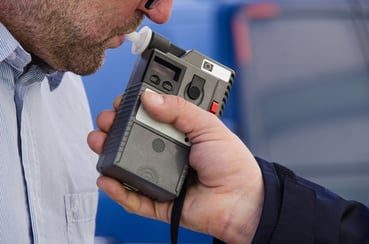 On March 31, 2019, CAAS implemented random alcohol testing for all pilots. If selected, random alcohol testing is conducted using a portable breathalyzer with a simple pass/fail indicator and is expected to take approximately 10 minutes. If a pilot fails the first test, a second test will be performed using a forensic standard breathalyzer which could take an additional 20 – 30 minutes. Both tests will be performed by a qualified testing officer in a non-public area, however, the second test is more accurate and measures the exact alcohol content. The permitted limit is 0.02g of alcohol per 210 liters of breath which has been determined based on international best practices. It is equivalent to a ‘zero tolerance’ standard with a small allowance for the potential presence of alcohol in the breath due to other factors such as medication or mouthwash.

Pilots found to be operating under the influence of alcohol will immediately be removed from all flight duties and will not be recognized as a member of the flight crew during the flight back to the individual’s home base. The air carrier or employer will also be notified of the incident and the potential for a flight delay. Pilots may be subject to criminal penalties of up to S$50,000 and/or imprisonment of up to 2 years for the first offense, and up to S$100,000 and/or imprisonment of up to five years for repeat offenders.

Now that Singapore has implemented random alcohol testing, can we expect others to follow their lead? In December of 2016, following the Germanwings accident, the European Union Aviation Safety Agency (EASA) published a proposal to make alcohol testing required as part of the EU Ramp Inspection Program. Although the proposal for alcohol testing has not been officially adopted, member states still have the authority to do so on their own.

In all domains, it is always a best practice to regularly communicate with and train your crewmembers on the effects of alcohol and other substances that impair judgement and performance.