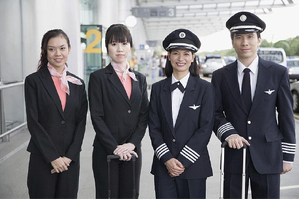 While the new rules are meant to improve safety, they also have had the unintentional consequence of adding to an already precarious situation in meeting pilot supply. Retiring boomers, a lost decade of hiring combined with high training costs, and a low initial salary has left the industry with a shortage of qualified pilots needed to fulfill the 4,500 yearly demand for pilots. Without new strategies to fill the gap, the public could be faced with cancelled flights and the industry with reduced revenues. Let’s take a closer look at the problem and underlying cause.
The Issue

Like most industries, the airline industry has been making plans to fill vacancies resulting from retiring baby boomers. To help ease the strain of this on pilots, the FAA increased the age of retirement from 60 years to 65 years in 2007. The move was meant to allow newer pilots to gain enough experience to fill commercial pilot needs. But as The Atlantic pointed out over the summer, steep training costs and low initial wages have made the profession a less attractive option.

Like many professionals, pilots must undergo extensive and expensive training before starting their career. Newly minted pilots often start their careers with short-hop, regional carriers where they make about $20 per hour and only for the time they are in the pilot’s seat with the cabin doors closed. This comes to about $20,000 per year, which is often not enough to start paying down the debt they incurred to earn their qualifications.

“The First Officers I flew with at American Eagle came there with over $200,000 in debt for a job that pays $22,914 per year, to start,” Todd Simoneu, a commercial airline pilot, told The Atlantic, “If anything, the situation for new pilots is much worse.”

With such low wages, regional pilots make the move to commercial airlines as quickly as possible where senior pilots can earn more than $200,000 per year in addition to benefits. But many have chosen not to go through the process of low wages for a promise of higher earnings, leaving the pool of new pilots lacking. The problem is especially tough on regional carriers who need to fill the gap caused by experienced pilots moving to commercial carriers.

In a report issued in February of this year, the Government Accountability Office (GAO) found that the problem with pilot shortage is not the result of a shortage of qualified pilots, but rather “substandard wages and inadequate benefits.” In the report, the GAO explains that there are currently 130,000 individuals licensed to fly in the United States under the age of 65. While about 72,000 were working as pilots, 105,000 had the certifications and qualifications to pursue a career as a pilot if they chose. The problem, the found, came down to low compensation at the beginning of their careers.

Adding to the problem is the lost decade of hiring that came after 9/11. American Airlines, for example, didn’t hire any new pilots between 2002 and 2012. United halted hiring from 2002 to 2006. So airlines are now scrambling to fill the pilot pipeline.

If the GAO and industry experts are correct, the key to solving the pilot shortage starts and ends with improving training support and compensation packages for new pilots. 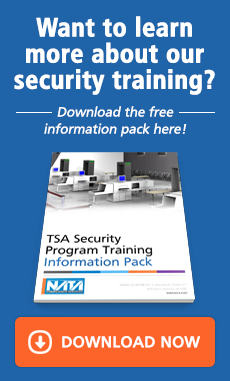