Cable shows like Intervention, news stories from national media outlets and documentaries all show the extent and effects of opioid abuse throughout the world. Many personal stories start in the same fashion: the person suffered a traumatic event, was prescribed an opioid like Percocet® or OxyContin®, found that they liked the way they felt on the drug and then became addicted. For some, the prescription addiction may lead to a dark path of deceit, theft, and use of harsher drugs. For others, the result can be fatal. The Centers for Disease Control and Prevention (CDC) has officially termed this wave of addiction as a national opioid epidemic.

Opioids are natural or synthetic chemical compounds of opium that derive from the poppy flower. The first real medical opioid was morphine, which emerged in the late 1700s. In the United States, CNN points out that Civil War veterans suffering from chronic pain were given morphine, creating the first wave of opioid abuse. Then, the Bayer Co. released heroin, a watered-down version of morphine, in 1898. This “wonder drug” lost its legality in the 1920s due to its addictive qualities, especially when injected.

Having realized the risks of using opioids, doctors rarely prescribed them. But in the late 1970s, Vicodin® and Percocet® were launched and by the 1990s, doctors were encouraged to measure patient care by their level of pain. Medical publications claimed that opioids could be safely used; that the risk of addiction for patients was extremely low. By 1996, the number of prescriptions for opioids had reached eight million. That same year, Purdue Pharma began marketing OxyContin® and prescriptions increased to 11 million within the following year. Opioids became the first resort for doctors to treat patients with chronic pain. 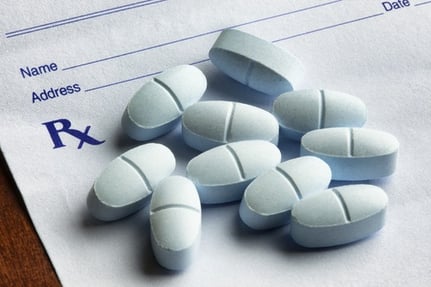 According to the U.S. Department of Health and Human Services (HHS), the 2015 statistics regarding opioid abuse are staggering and include the following:

There is a lot of attention given to the numbers above, but it is also important to understand the economic impact of opioid addiction. In that same year, opioid abuse created an economic bill of $78.5 billion. Multiple documentaries show how the epidemic has decimated entire communities. Companies reported lost revenue and reduced workforces because a larger number of job applicants cannot pass pre-employment drug tests. Additionally, cities, counties and states must find funding to cover the financial drain on the courts, first responder agencies, hospitals and others who are left to deal with the problem.

Effective January 1, 2018 the U.S. Department of Transportation (DOT) implemented changes to its drug program regulations. Of the changes, one of them expanded its drug testing panel to include the following four semi-synthetic opioids: