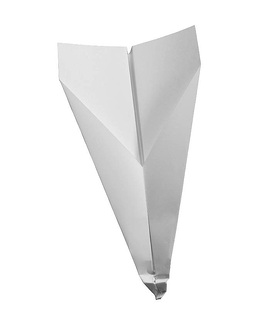 Despite the ultimate reason or reasons that brought SpaceShipTwo to the ground, aircraft operators know even the best will make mistakes. So automating operations as much as possible, creating protocols that require more than one crewmember to sign off on important decisions, and even creating and constantly improving checklists can help to reduce human error regardless of the job being performed.

Operational Improvements Cannot Come at the Expense of Safety

So when the company decided to replace its unconventional fuel source, a synthetic rubber called MTPB, with an experimental nylon fuel called polyamide, in order to improve production times of aircraft, it put the safety of its pilots at risk since MTPB is known to be more stable. While engineers did test the polyamide engine on the ground, the October 31 test flight was the first time the fast burning fuel was used in real conditions.

Safety Personnel Should Be Taken Seriously

In the aftermath of the crash, it was revealed that the safety chief of the engineering firm that built SpaceShipTwo, Scaled Composites, resigned last year. The company did not replace him, which is surprising, given the experimental nature of the program and the new fuel program being developed and tested. While not always required by regulators, safety personnel should be considered a serious and important component of any transportation team. These human resources might support compliance but will also help mitigate any potential risk as well as work to keep passengers and property safe and revenues stable.

Transparency During Tragedies Helps Push You Through
Virgin Galactic, as a private company, has no obligation to share any information, yet has been quite forthcoming about challenges and problems of the flight since the crash. In doing so, Virgin may see public support for its program increase as a result. “When something terrible happens, many are reminded that it is something important that the country should continue,” says Valarie Neil, space shuttle curator at the Smithsonian National Air & Space Museum. This support can translate to financial gain.

Regardless of the cause, every tragedy has lessons to be learned so similar accidents are prevented and lives are saved.