Drones: The New Generation of Aviation

Know someone who had a drone on their holiday wish list? Drones, also known as unmanned aerial vehicles (UAVs) or unmanned aerial systems (UAS), attract individuals young and old: weekend hobbyists, professionals, and those seeking a new career opportunity. As industries and individuals find new ways to use them, their popularity continues to grow.

It all started with a siege

The history of drones started in 1849 with a military siege. According to multiple sources, the city of Venice was under attack by the Austrian army. During the siege, the Austrians decided to fill unmanned balloons with explosives and a timer, and launch them from ships toward the city. Recognized as the first known aerial attack in history, it was far from successful. The floating bombs caused little, if any damage, to the city itself and some were carried by the wind back over the Austrians.

Despite this early failure, both the British and Americans saw potential in the concept and conducted early research on their use in warfare, thus leading to the development of today’s military drones.

From the battlefield to front door delivery

In 2013, Amazon announced its intent to use drones for the delivery of consumers’ orders. Almost overnight, businesses and other entities were looking at drones in a completely different way. New companies emerged, offering drones for personal or business use, and the Federal Aviation Administration (FAA) was flooded with applications for commercial drone permits and remote pilot licenses.

Microsoft, Apple, Uber and Intel are among a small group of companies that have received approval from the U.S. government to operate pilot programs. According to an article in The Guardian that was published earlier this year, those companies will be testing drones for package delivery, aircraft inspection, emergency management and even mosquito tracking. It is unknown how long these pilot programs will last, but approvals for more pilot programs are expected in the next several months.

The FAA will be drafting new regulations, based on the results of these pilot programs. There are current restrictions that prohibit the operating of a UAS over the heads of people as well as out of the line of sight, and this could change.

The use of drones for commercial purposes is still in its infancy, but already several industries have found ways to incorporate them: agriculture, government, energy, insurance and construction. Examples of how these industries are utilizing drones include:

Drones range in size from a tiny quadcopter that can launch from your fingerto a new prototype from Boeingthat is 18 feet wide and 15 feet long, referred to as a “flying truck.” Economically, drones are expected to have an “annual impact of $31 billion to $46 billion on the U.S. GDP [Gross Domestic Product] by 2026,” Commercial UAV News states.

Whether you or someone you know has purchased or received a drone, ownership comes with responsibility. Drones with a takeoff weight of under 55 pounds are regulated by Part 107, which covers operating rules, waivers, remote pilot certification, and offenses involving alcohol and drug use. Individuals whose drone has a takeoff weight of 55 pounds or more are required to follow the Section 333 exemption process before they can operate the drone in the national airspace system. These rules continue to evolve, as the industry develops and regulators recognize the growing importance of drones in our society. 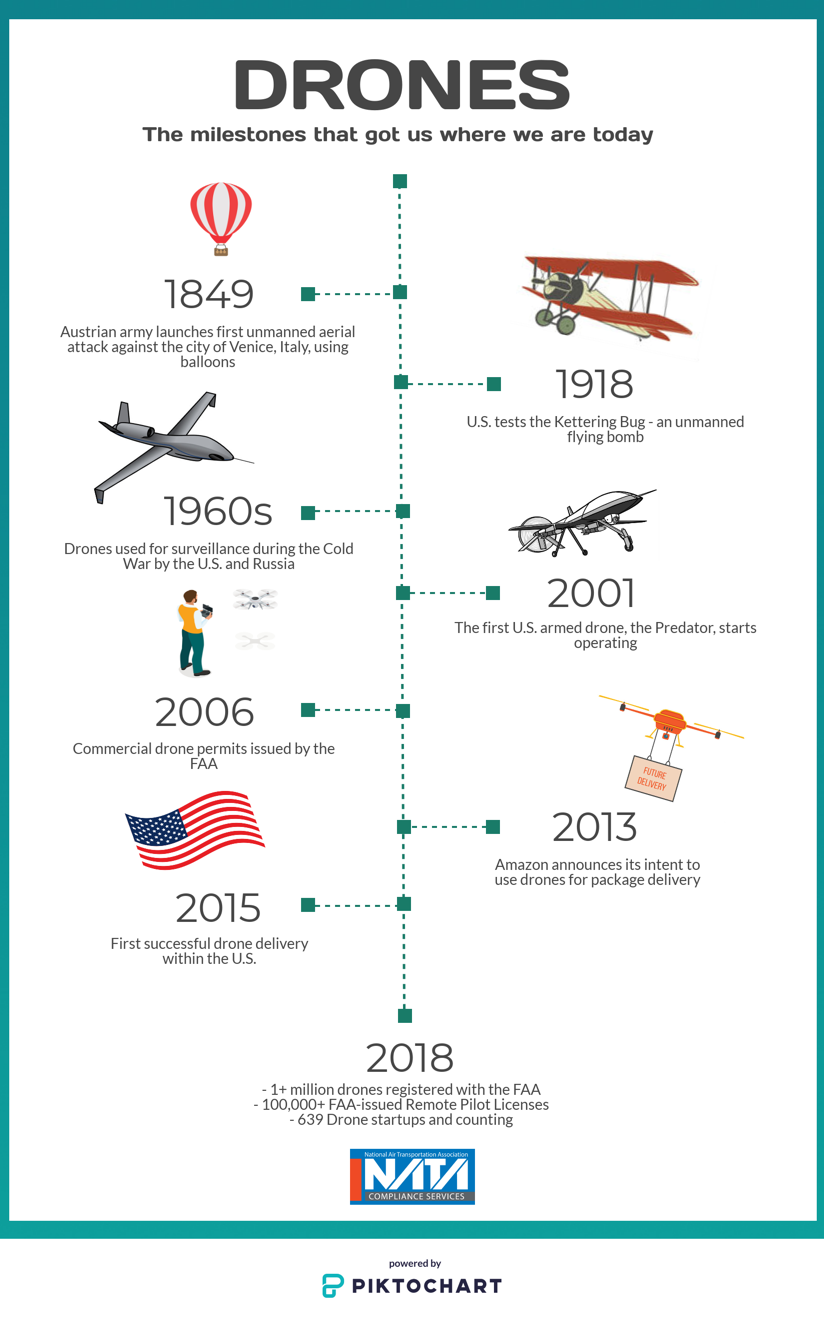