In June of 2019, the U.S. State Department expressed support of the National Assembly of Venezuela’s decree, extending printed expiration dates on Venezuelan passports for an additional five years. The move comes in the midst of a crisis that has been building for years within Venezuela’s borders and has now expanded into the global arena. 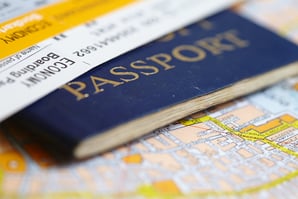 The South American country of Venezuela is in a state of upheaval, caught in a power struggle between two men and two separate governments. On one side is Nicolás Maduro, and the Constituent Assembly. Mr. Maduro was elected president of Venezuela after the death of the previous leader in 2013. The Constituent Assembly, created in 2017, is a legislative body consisting entirely of Maduro supporters and promotes socialistic policies. It is also seeking to rewrite the country’s constitution and has granted itself unlimited power.

Each side has gathered international support; according to BBC News, Mr. Maduro is backed by countries including China and Russia while Mr. Guaidó and the National Assembly has been recognized as Venezuela’s president and government body by the United States and over 50 other countries. Mr. Maduro also has the support of the Venezuelan military and at the time of this writing, continues to use documented force in an effort to oust Mr. Guaidó and the National Assembly.

The recent fight over the Venezuelan embassy in Washington, D.C., demonstrates the chaos created by two existing governments. It started when the U.S. revoked the visas of Mr. Maduro’s diplomats and they were forced to return to Venezuela with their families in April 2019. Within a month, supporters that included anti-war activists, took possession of the embassy at Mr. Maduro’s invitation. For several weeks, Venezuelan supporters of Mr. Guaidó and Mr. Maduro’s supporters squared off with each other as U.S. law enforcement maintained a presence to prevent any physical violence.

In May 2019, U.S. law enforcement arrested the occupants of the embassy and possession of the building was handed over to Mr. Guaidó’s chosen ambassador and his team.

Around this time, the National Assembly in Venezuela voted to extend the expiration dates on Venezuelan passports for five years past the printed date. The reason for the wide-scale extension has not been given.

A press release issued from the U.S. State Department contains the following information:

“Venezuelan passport holders who have been issued a passport extension will have the validity period extended by five years from the expiration date in their passport and valid for admission to the United States, as long as the traveler is otherwise admissible.”

Citizens of Venezuela who have questions about their passport should reach out to the Venezuelan embassy in Washington, D.C., by visiting https://us.embajadavenezuela.org/.