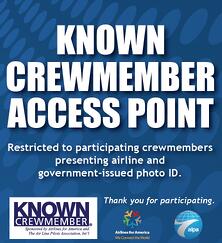 With the pilot shortage underway the KCM Program is proving to be a key component for the Private Charter and Twelve-Five Operators in ensuring an abundant staff. Many companies were elated to find out a selling point for new hires is the fact they offer enrollment into the KCM Program. FairWind says, "[KCM] is phenomenal! Offering KCM also helps with hiring because pilots want it and are willing to turn down another position if they aren't offering it". Obviously it's a little far fetched to say a crew member won't leave if their company offers KCM, but from the feedback we've received it's important for pilots and crew members who are actively looking for a new position. The Flightstar Corporation tells us, "Two pilots asked [about KCM] upon hiring who previously held a KCM badge with other companies and it was important they had it with us".

We all know our time is valuable which is why there's a saying of, 'time is money'; but pilots and flight crews waste a lot of it going through general security and TSA PreCheck lines. The Known Crewmember® Program eases this problem with the exclusive Access Points designated specifically for authorized KCM badge holders. Jet Charter, Inc. states, "[KCM] has been working great and saves so much time." The time saved with the KCM Access Points is usually the biggest influence for people who've never been enrolled, but what most companies don't realize is the efficiency of the program is allowing companies to better plan schedules and time off. A representative from Advanced Air, LLC says, "We love it [KCM]! It alleviates a lot of misery and helps with scheduling". The ability to better plan schedules is a game changer and will allow management to better service the customer as well as their employees.

The Known Crewmember® Program is still relatively new for the Private Charter and Twelve-Five Community but has already made a huge difference in the way the Aviation Industry is performing. It's no wonder why the KCM Program is becoming an industry standard and an expectation amongst pilots and flight crews.